Jeffrey will be featuring in Made In China this 2019, the second Bollywood movie once again with the talented Rajkummar Rao.

Jeffrey will reprise in the new movie That Is Mahalakshmi as Taka, the remake of Queen the award winning movie opposite Tamannaah Bhatia this 2019. Check out the trailer here! 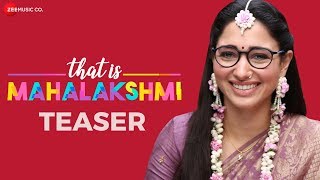 Jeffrey Ho is to appear in the critically acclaimed second series of Netflix Original The Crown. Jeffrey plays the role of the Malay Translator in this epic drama about the life of Queen Elizabeth II spanning her six decades on the throne.

Jeffrey Ho will appear in BBC and HBO's new crime drama, Strike. Jeffrey will play the role of Manny, one of Chard's live-in staff. The series centers around a murder investigation involving a prolific supermodel.

Jeffrey will be featuring as Joe in the new series of BAFTA winning comedy drama Cold Feet opposite James Nesbitt and Karen David for ITV this autumn 2016. 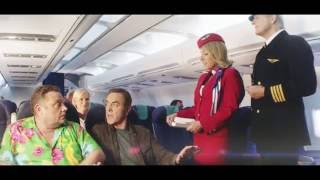 Jeffrey played the role of Izzuddin in Rights of Passage premiering at Chelsea Theatre, London on 11th May 2016 and was on a national tour in UK.
Real-life stories of LGBT asylum seekers brought to the stage in this brand new verbatim production by Artemis Theatre Company. 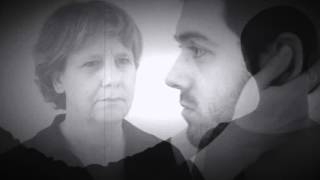 Sponsored by Red Bull and created exclusively for them, Become The Night invites the audience to explore the streets of Soho. Jeffrey played the part of an underground leader of a London/Chinese triad in a multi-lingual role.

"After watching Vikas Bahl's Queen, it is impossible to get the face of Taka, the endearing Japanese boy, whom Kangana Ranaut befriends on her solo honeymoon, out of your mind. Played to near perfection by London-based actor Jeffrey Ho, Taka struck a chord with his wild child antics and his emotional backstory." by Monty Majeed, THE WEEK Magazine

Jeffrey pictured above, attending the 'Queen' World Premiere screening at the 18th Busan International Film Festival in Oct 2013 with director Vikas Bahl. Jeffrey played the role of Taka, best friend of (Ranaut) in "Queen" which was a huge success upon its international release in March 2014.

He played the lead role of Song Liling in David Henry Hwang's Pulitzer Prize-nominated play M. BUTTERFLY, directed by Whitney Mosery at GBS Theatre, RADA. Based on a true story 'A former French diplomat and a Chinese opera singer have been sentenced to six years in jail for spying for China after a two day trial that traced a story of clandestine love and mistaken sexual identity...'

Interview with actor Jeffrey Ho: "It's complicated being a woman in M. BUTTERFLY"

He played a Vietnamese sweatshop worker in a new music video called High Cost of Living by SB6.

Jeffrey's accreditation was accepted and attended the 66th Festival de Canness for the first time this year.

Outstanding performance in 2012 for his comic timing in As You Like It (White Bear Theatre), Breathing Space (Courtyard Theatre) and Mezzanine (Canal Cafe Theatre).

As well as his comedy roles, he has played two major lead dramatic parts as David in Love and Money (Lost Theatre) and as Liang Shanbo in The Butterfly Lovers (Tara Arts Theatre).

He performed in the Aladdin musical pantomime as Wishy Washy, featuring a solo performance of the Calvin Harris song "Let's Go" featuring Ne-Yo and B.O.B So Good.

He appeared in Secret Eaters on Channel 4 and THE Kylie Minogue music video Timebomb working with renowned directors such as Colin Lennox and Christian Larson.
Tweets by @actorjeffreyho

Simply Better Than the Best!

Queen is an incredibly nuanced film.

Queen reinvents the genre with its non-formulaic screenplay and skilled direction. Absolutely recommended.

One of the most evolved cinematic experiences! Must watch by all families!

'Jeffrey is the most instinctive, impulsive actor I have worked with. His ability to imbibe the role, rehearse it and yet play it casually is beautiful. A delight to work with him.'

'My experience with Jeffrey is unforgettable, he played my Japanese friend in "Queen" though he didn't know a single word of Japanese before "Queen" he learnt fluent Japanese for his character, his passion for his work is inspiring, he comes prepared but can be surprisingly spontaneous as well, Jeffrey is super professional and a very genuine person.'

'Jeffrey Ho's (Song Liling) performance is very strong. He shines, especially after his exposure as a man, when he takes a shallow, debonair attitude towards all characters, changes his stance and gesture and generally incites the audience's disdain. McRae and Ho's chemistry in their relationship makes the story truly remarkable.'

'The ensemble cast are largely nothing short of superb and the near comic perfection of Silvius (Jeffrey Ho) is a joy to behold.'

'Although this is firmly an ensemble piece, as the students and teacher are pretty much all on stage all the time, some still manage to stand out. The comic timing and innocence of Stuart, played by Jeffrey Ho, is an absolute delight and his quick-fire responses and physical reactions to the circumstances and provocations from the others are a delight to watch.'

'Regarding the other characters, the overall funniest pairing is Jeffrey Ho's performance as Silvius. His overdone accent and childish manner are brilliant to watch, and partnered with the brilliant Kate Bancroft as Phoebe, their energy and pace keep up people's interest in these side plots, which Vogt successfully integrates into the main Rosalind and Orlando thread.'

'Kate Bancroft (Phebe) and Jeffrey Ho (Silvius) were hilarious in their scenes together, although Silvius was quite camp for a man so passionately in love with a woman! Overall, the company acquitted themselves admirably, capably directed by Marianna Vogt.'

'Jeffrey was a bright and enthusiastic member of my Actors Guild course. His works with great delight, intelligence, and promise. He is a team player and, as such, I'm sure would be a popular member of any theatre company. Jeffrey is a 'live wire' who shows terrific potential for well deserved success.'

'I directed Jeffrey in two plays; Breathing Space and Mezzanine. In both runs Jeffrey was extremely professional, talented and a delight to work with. A huge undiscovered talent!'

'Jeffrey is an emotionally flexible actor with a keen sense of humour, inspired attention to detail and an admirable work ethic. A delight to have as part of an ensemble!'

'It was an absolute joy working with Jeffrey. He lit up the room as soon as he walked in, his friendliness and charisma was enjoyed by everyone on the set. Furthermore, he was a consummate professional and put in a brilliant performance, giving us exactly what we were after. This man comes highly recommended.'

'I taught and directed Jeffrey for two years at The London School of Dramatic Art. He has the most incredible infectious positive energy. A total joy to direct. He works incredibly hard to deliver the best possible performance he can give. His performance in Dennis Kelly's 'Love and Money' was fantastically detailed. A joy to work with his talent and passion!'

'Jeffrey's enthusiasm for performing is evident every time he walks on the stage. His energy is constant and he engages the audience wonderfully. Jeffrey impressed me with his thought process and depth of character. Before he arrived for rehearsals he had developed ideas for his character - he knew whom his character was, what his life was like, what his relationships were with the other characters. This advanced thought gave him a great basis when he came to rehearsals. He developed the character further and always gave full commitment to his performance. He was willing to listen to advice and happy to try different ideas and approaches. I would be happy to work with Jeffrey again on future performances.'

'Jeffrey is an incredibly able and convincing actor. He is able to play a wide variety of roles with ease and conviction that raises the bar in performance. He is extremely dedicated and passionate about any production he is involved in, and he went out of his way to ensure the success of 'The Butterfly Lovers', in which he played a lead role. He continually came to rehearsals prepared, adding depth to his character complementing the direction given. Jeffrey was quickly able to master new dance apparatus we gave to him, with only a couple of days before the performance. It is thanks to him that the finale was so spectacular, as we were able to draw on his creativity and previous experience to approach using the equipment to create an unforgettable duet, in which he performed with flair.'

'It has been a pleasure to have Jeffrey on my film, his personality and friendly attitude brought positive energy on set and it was a pleasure to have him around. His performance fulfilled the character of my script, in addition his contribution and suggestions were very helpful and everything ran smoothly.'